Quinoa 101- The Supergrain of the Future 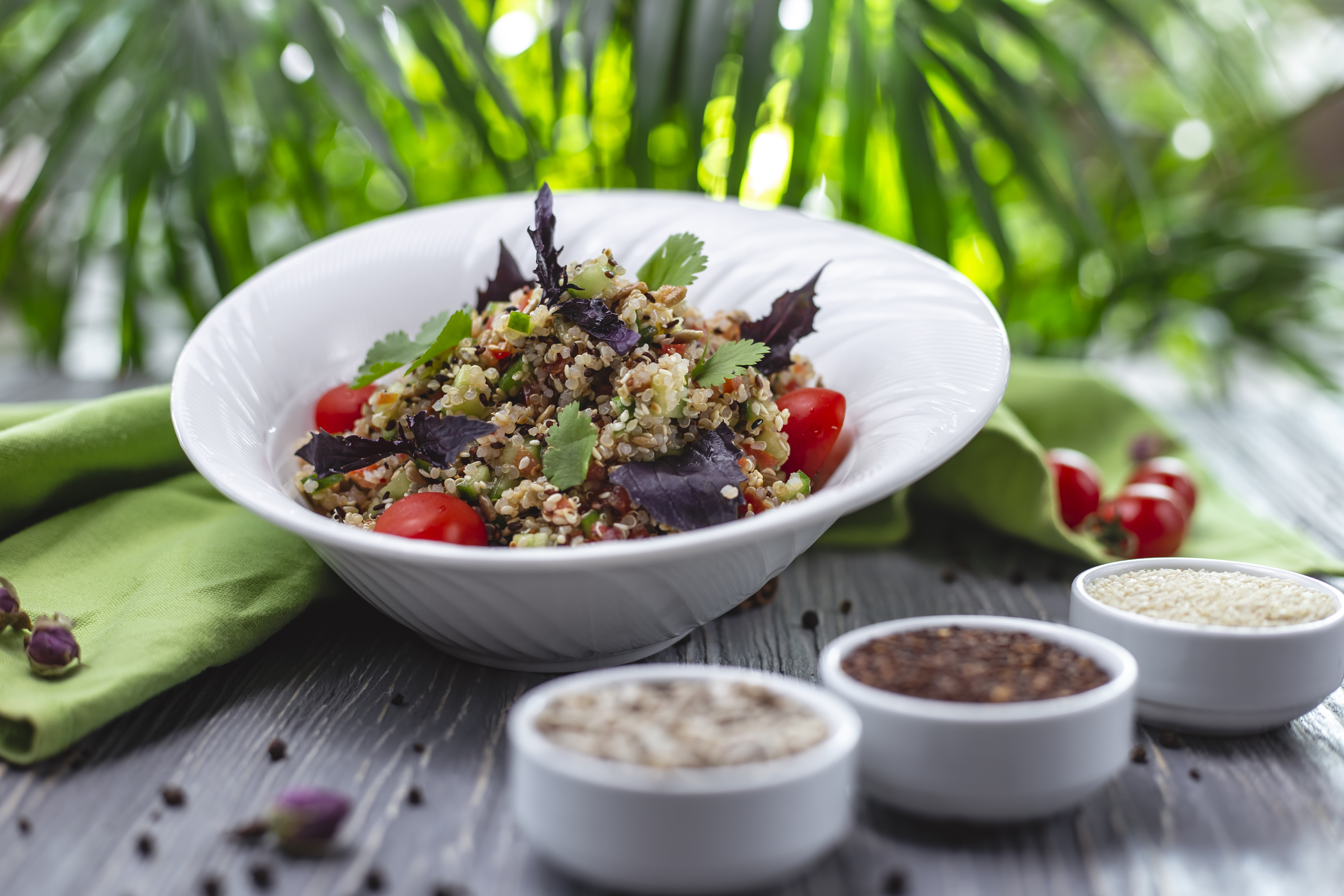 It seems these days, quinoa (pronounced KEEN-wah) is still all anyone talks about. Everywhere we turn, there are quinoa salads, quinoa fried rice, and now even quinoa protein shakes. Quinoa, often described as a “superfood” or a “supergrain,” has become popular among the health conscious, with good reason. Farmers cultivate over 120 different types of quinoa. However, the most common versions available in grocery stores are white, red, and black quinoa.1

Facts You Didn’t Know About Quinoa

Methods In Which Quinoa Can Be Cooked

The taste and texture of quinoa is a bit like brown rice crossed with oatmeal. It’s fluffy, creamy, crunchy and somewhat nutty, all rolled into one.

There are more than 120 known varieties of quinoa. White and yellow quinoa have the mildest flavor that will not overpower other ingredients in a recipe so they are good varieties to try first. They also have lighter texture and is fluffier than the other colors once cooked. White and yellow quinoa also cook quicker and is less crunchy than other colored varieties.  Red quinoa has heavier texture, more prominent flavor that is often described as “nutty”. While similar in texture to red quinoa, black quinoa has an “earthier” flavor and tends to taste sweeter than white quinoa. The heavy texture of red and black quinoa allows them to hold up very well when cooked. They both maintain their color once cooked. Typically, all quinoa colors have similar protein content. Black quinoa is highest in fibre with a one-cup serving having 5 grams of fibre.9